Over the last two weeks we have been talking about our new product—LactORN: Lactobacillus ORNs—characterizing it two weeks ago as The Next Generation Probiotic and last week as The Most Important Nutrient Missing in our Diet.

This week we will provide further illumination as to what ORNs are and how they benefit and protect our health.

ORNs (oligoribonucleotides) are the products of the destruction of ribosomal RNA, which occurs naturally with the slowing of bacterial growth. As exponential growth
slows, ribosomal RNA is hydrolyzed, creating very acidic oligoribonucleotides, which accumulate in the cytoplasm.
If the media outside the bacterial maintains the same acid pH then said bacteria stop growing, hanging on to their ORNs.

Oligoribonucleotides are RNA fragments ranging from 1 to 30 nucleotides, which are resistant to further hydrolysis by RNase.  They reside in the cytoplasm of all bacterial cells. When a bacteria enters a new the cavity of the human mouth, (ideally with a pH betweem 6 to 8), the bacteria immediately releases its ORNs.

This release of ORNs does not kill or injure the bacteria from which they were released, but rather assists them in establishing a colony in a new environment by increasing their rate of mutation and their growth.

How do they work?

The oligomeric fraction having a molecular weight of less than 10,000 Daltons (<10kDa) and, in particular, between 500 and 3,000 DA are readily absorbed, are non-toxic and both activate and modulate the immune system.

Encountering neutral pH , such as the mouth will induce the release of these ORNs, which will serve to alert the host immune system in the mouth.  Embedded sentinel cells in the oral pharyngeal tissue, such as the macrophages, are activated to release cytokines at levels deemed helpful to combating infections and are also down-modulated to prevent over-activation. The circulating monocytes and macrophages, and B- and T-cells of the adaptive immune system are upregulated as well.

Approximately twenthy different interleukins can be released modifying, amplifying, restricting and dampening messages as the system is stimulated.  For example by down-regulating the number of CD-14 and CD-16 receptors on the surface of the macrophage, the oligomers released by the bacteria help to ensure that the macrophage does not become over-activated by interleukins.

The benefits provided by ORNs.

The ORN<10kDa are a rich new source of natural, normally-occurring, co-evolutionarily evolved immune modulators that can be safely used to protect animals and humans from infections and the over-stimulation of their immune system.  In addition, this faction contains compounds that can be used to adjust the expression of individual surface receptors on macrophages to re-center a dysfunctional immune system.

Marshall, W. (2010). Methods for the accumulation and retention of immune-enhancing, bacterial-derived ribonucleotides (ORN) in bacteria.  US patent No. US 7678557 B2. 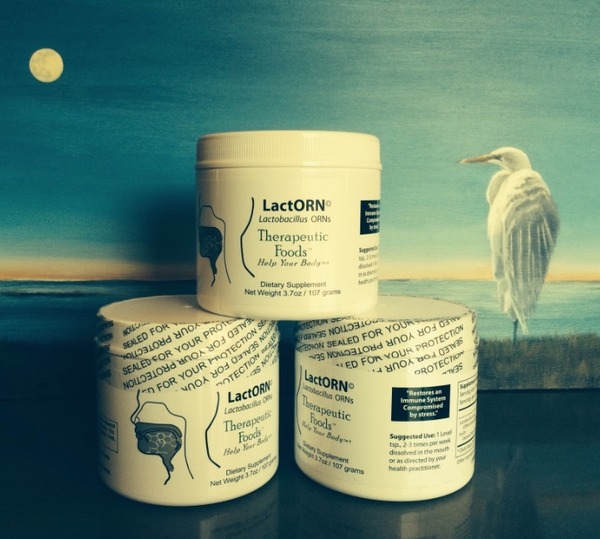 LactORN contains the probiotic Lactobacillus casei grown in a way to retain its natural oligoribonucleotides.  Plus it contains the prebiotic inulin derived from organic chicory root. Take one tsp 2 or 3 times a week for immune support. 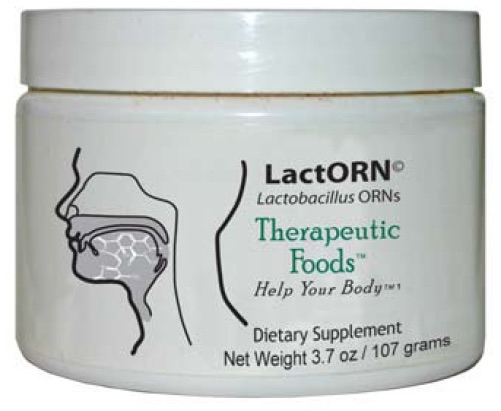 Today it is becoming more and more evident that the major problems of our time — energy, the environment, climate change, food security, financial security — cannot be understood in isolation.  They are systemic problems, which means that they are all interconnected and interdepenent, and they require corresponding systemic solutions.

If we changed from our chemical, large-scale industrial agriculture to organic, community-oriented, sustainable farming, this would contribute signifcantly to solving three of our biggest problems: our energy problem, our chronic disease problem, and our climate change problem.

(A formative article by Fritjof Capra (2015), cofounder of The Center for Ecoliteracy, and author of such seminal books as: The Systems View of Life and The Tao of Physics.)