What is an endotoxin, and what causes endotoxemia? How does chlorella reduce endotoxemia, and how does inulin produce a healthy microbiome?  Let’s take a look at a few studies.

An endotoxin is often used synonymously with LPS.  Lipopolysaccharides (LPSs) are the major components of the outer membrane of Gram-negative bacteria. Rietschel et al. found in 1994 that LPSs induce strong inflammatory responses from the immune systems of all animals.

In fact, severe sepsis is a common and frequently fatal condition, with as many deaths annually as those from acute myocardial infarction. It is especially common in the elderly and is likely to increase substantially as the U.S. population ages (Angus et al., 2001)

Their findings: A Chlorella sp. supplemented diet significantly demonstrated protective effects on the intestinal mucosa barrier in obstructive jaundice, and reduced intestinal translocation of bacteria and endotoxin.  Spirulina had no significant effect. 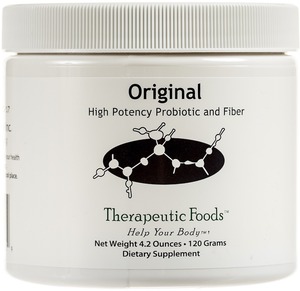 Cani et al. (2008) found that a high animal fat diet changes the GI tract microbiome into a population of increasing numbers of Gram-negative bacteria, which raises the level of LPS endotoxins within the gut lumen and allows their passing through the GI tract membrane into the plasma.

The research team concluded that the plasma concentration of lipopolysaccharides (LPS) controls the inflammatory tone of the body.  This means that high concentrations of LPS set the stage for endotoxemia, resulting in metabolic diseases (obesity, diabetes, CVD) and cancer.

They further demonstrated in the study that increased fibers in the diet, such as inulin, increase the populations of Bifidobacterial sp. and Lactobacillus sp. which reduce both the load of Gram-negative bacteria and the permeability of the gastrointestinal membrane.