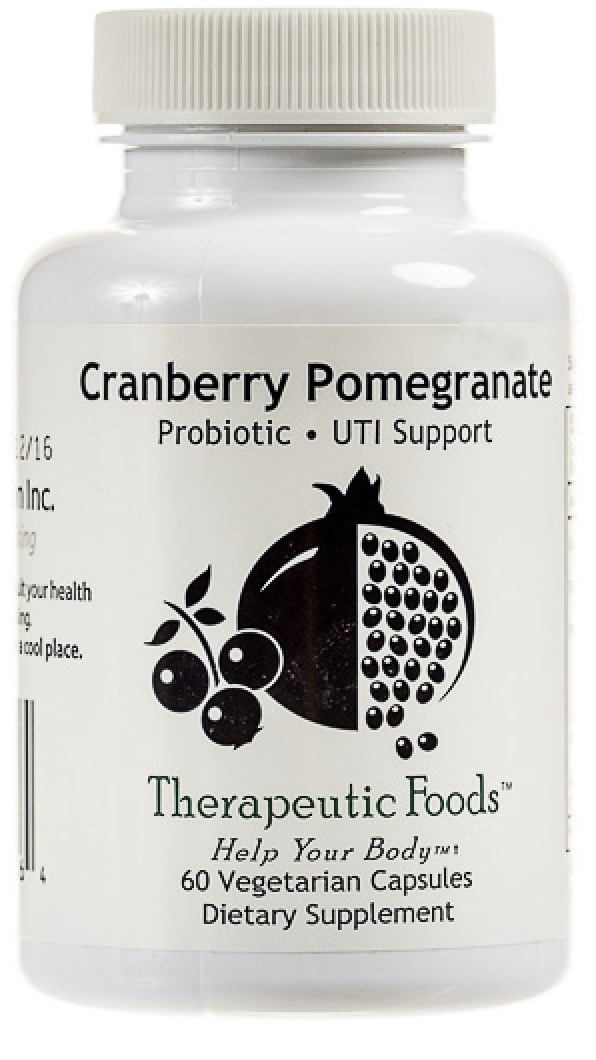 Historically, cranberries and cranberry juice have long been used to alleviate urinary tract infections, with research linking the ability of cranberries’ proanthocyanidins (Krueger et al., 2013) to inhibit adhesion of E. coli bacteria (Neto, 2007). As early as 1933, research by Fellers et al. has shown cranberries to positively effect urinary health. Cowan’s (1999) seminal work on plant products as antimicrobial agents, which includes cranberries, has been cited in approximately 7,500 research articles. Studies on cranberries show not only an alternative to antibiotic but also as a daily supplement for a steady prevention of UTIs.*

Depletion of vaginal Lactobacilli has also found in research to be linked with UTI risk, which suggests that repletion (re-colonization of Lactobacilli) might be beneficial (Syngai et al., 2016; Fontana et al., 2013; Maurya et al., 2014).*

Supernatant is the fermented medium created during the culturing process of probiotics. Supernatant is the fermented “soup” that contains important probiotic metabolites which is comprised of enzymes, peptides, proteins, vitamins, and other nutrients and factors, including antimicrobials such as bacitracins. Supernatant is shown in research to have powerful antimicrobial properties with the potential to block adhesion, invasion and translocation of E. coli, yet it is gentle enough to be used to ‘enhance neonatal resistance to systemic Escherichia coli K1 infection by accelerating development of intestinal defense’ (He et al., 2017). In fact, Lazar et al. (2009) in vitro study concluded that the soluble probiotic metabolites, or supernatant, might actually interfere with the beginning stages of adherence and colonization of selected E. coli. This means that the supernatant itself exudes protective effects (Lazar et al., 2009), as well as work synergistically with probiotics organism to stimulate the immune system against pathogenic invasion (Ditu et al., 2014).*

D-mannose has long shown an ability to support acute UTIs, inhibiting bacterial adhesion to the urothelium (Domenici et al., 2016; Kranjčec et al., 2014). Testing more sensitive populations, such as people with multiple sclerosis (MS) who suffer from recurrent UTIs, showed that D-mannose effected a reduction in the number of UTIs as well as reduction for the need of antibiotics (Panicker et al., 2016).*

Since 150 million people suffer from UTIs annually, using natural foods and nutriceutical agents to combat recurrence of UTI infections is advisable (Spaulding et al., 2017). The use of cranberries, pomegranates, probiotics, supernatant, and D-mannose form a potent synergistic effect that is shown in research to be very effective (Vicarotto, 2014).*

The Cranberry Pomegranate Synbiotic Formula is an excellent choice for UTIs. Cranberries, Pomegranates, Probiotics, supernatant, and D-mannose have all shown in research to provide a potent effect against UTIs. The combination of these ingredients offers a promising natural supplement to prevent and maintain a healthy balance of the urogenital system.